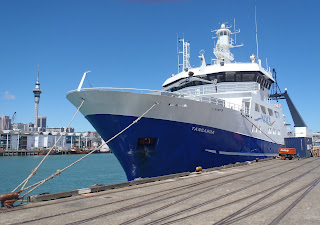 For the next three weeks I will be at sea to the North of New Zealand, far away from the aftermath and unfolding ramifications of the events in Christchurch.

I am on board the NIWA research vessel Tangaroa with a group of geologists and biologists, many of whom were involved with the recent discovery of the Pink Terraces under lake Rotomahana . 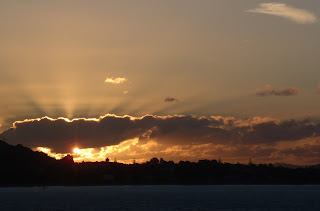 We left Auckland Port yesterday, as the sun was setting beyond the city skyline, and have been travelling North East into the Pacific Ocean along the Kermadec Volcanic Arc.Our mission is to make detailed geological and biological surveys of several of the undersea volcanoes that lie parallel to the plate boundary as it runs north east of the North  Island. This boundary is a geographically distinct line of several parallel features. Have a look at our video of a computer simulated flyby of New Zealand under the ocean . 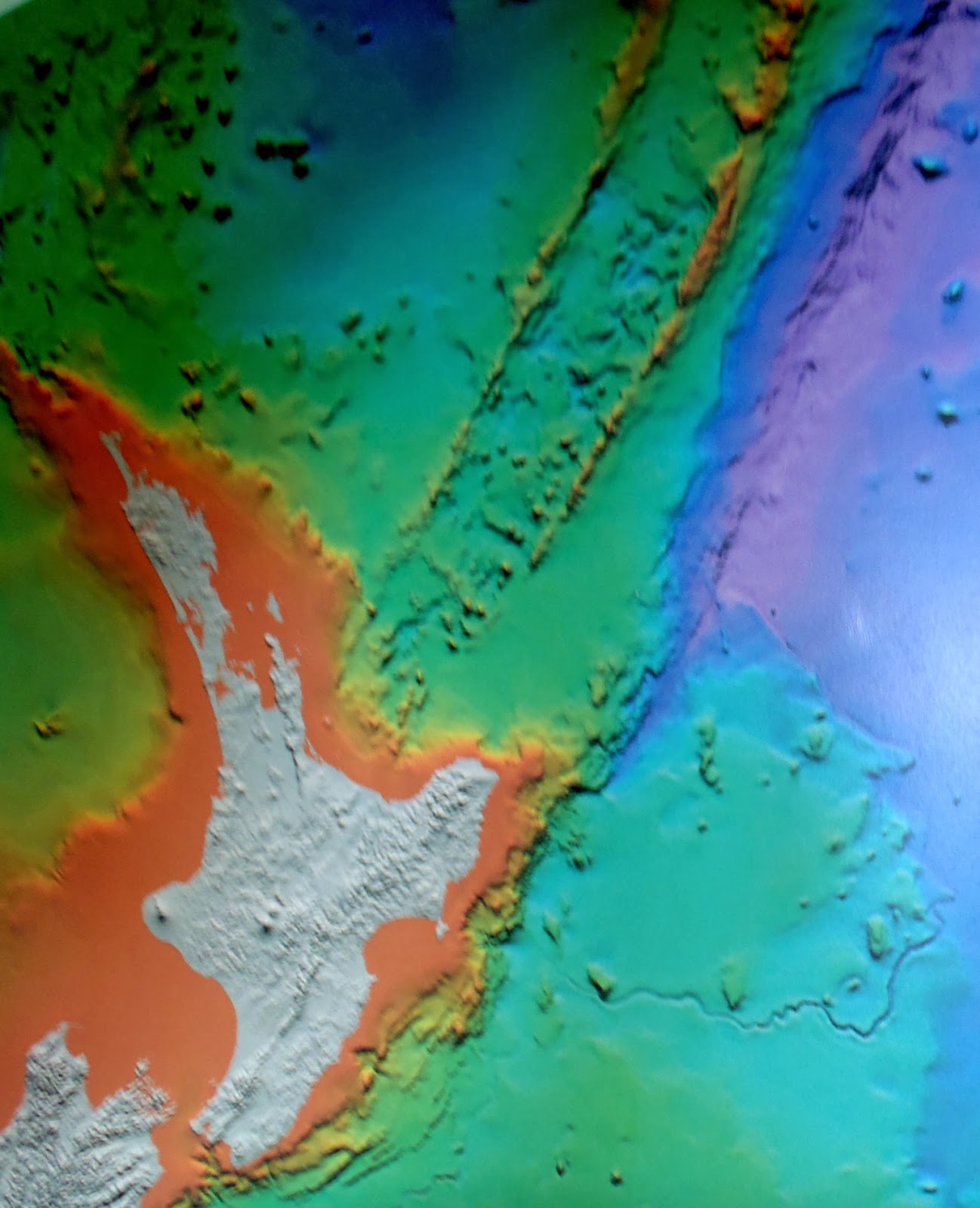 To the east is the deep Kermadec Trench where the Pacific Plate dips below the Australian Plate. Just to the west of this is the Kermadec Ridge, uplifted by compression along the boundary. Near to the ridge are the Arc volcanoes that we will be investigating. West of the volcanoes is a “back arc basin” of deeper water which is a zone of extension. Further west again is the now inactive Colville Ridge.

Right now we are approaching Clark Volcano,  the first of our objectives, the top of which is 850 metres below the surface. The various teams are sorting out the specialist tools for their particular research. I will be writing in more detail about how our explorations unfold over the next days.

0 thoughts on “Off to the Kermadec Volcanoes”