GNS Science volcanologists recently set up an experiment to test the seismic velocity of the rocks that make up White Island. Over the last few decades it has been New Zealand’s most active volcano and has produced minor eruptions in recent weeks. (For its present activity status click here.) 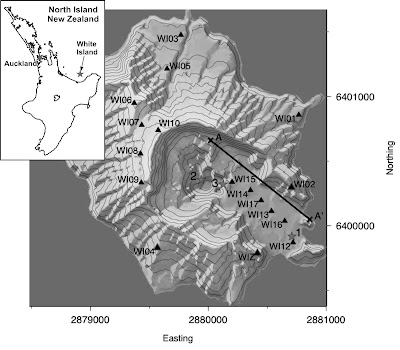 Velocities of seismic waves through the Earth can vary considerably because of variations in the density and layout of different rock types.
It is important for scientists to know these subsurface seismic velocities as they are used to calculate the locations of earthquakes under the volcano. These might indicate rising magma and therefore an impending eruption. It is for this reason that volcanic earthquakes are carefully monitored. 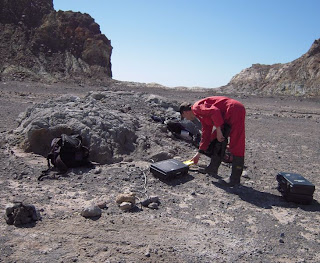 For an explanation of how earthquakes can be located see this video, and for a look at White Island’s activity status, including the seismic drum, click here.

There are various ways to generate seismic waves in order to measure velocities, such as by using explosives or air guns. These traditional methods can have environmental, safety or cost drawbacks. So in this case, a GNS Science team, led by volcano seismologist Art Jolly, used a novel method:
First of all, The team set up 17 temporary seismometers around White Island, with six of those set up in a line across the volcano crater floor to record the shock waves, their travel times (hence velocity) and their intensities. 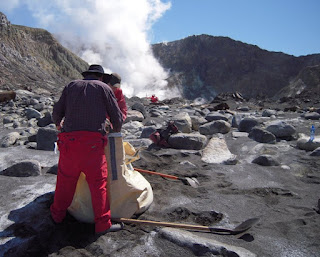 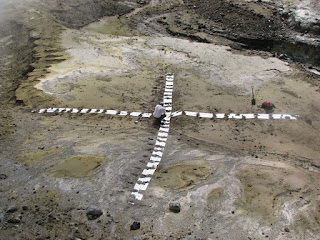 …whilst some of the team laid out large white crosses, held down by rocks or gravel to indicate the target zones for two of the drops. (The third target was the centre of the crater lake). 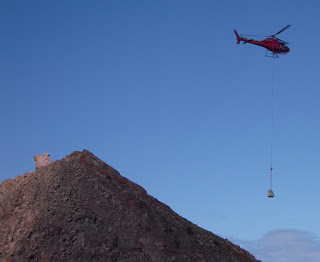 A helicopter was then used to drop the bags of sand from about 400m onto the three target areas. 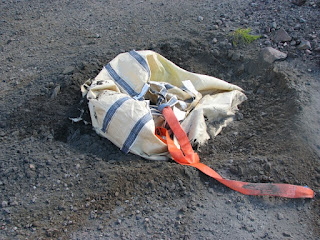 The impacts when they hit the ground (or water) created the seismic waves required. They were also heard from a safe distance as  a very loud thwack! 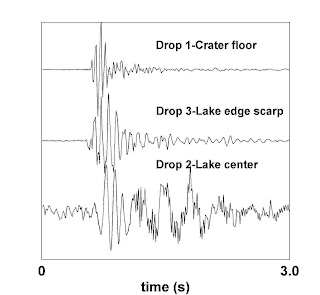 The last image shows the seismic wave traces produced by the three impacts as recorded by the nearest seismometer to each impact. The drops were successfully recorded on the temporary stations giving scientists a new velocity model for White Island earthquake locations.

Future tests might include heavier weights, greater drop heights and different seismometer locations to add more depth and breadth to the velocity model.