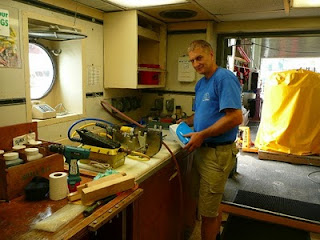 Cornel de Ronde, has today been awarded the Prime Minister’s Science Media Communication Prize for 2010.
Cornel is the leader of the Lake Rotomahana project, the latest amongst a host of expeditions to look for underwater hydrothermal systems. Much of his research has focussed on the submarine volcanoes of the Kermadec Arc, to the north of New Zealand.
To read more about the background to this prize and Cornel’s passion for communicating the adventure of science, check out the media release.
Chris Laidlaw interviewed Cornel about his work as a submarine geologist, and the Rotomahana Project in this National Radio Broadcast following the announcement of the prizewinners..