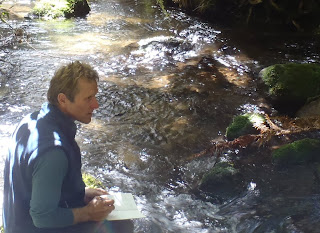 “If you want to have an insight into a society, just look at the water in the streams and rivers”

Uwe Morgenstern, GNS Science’s specialist in groundwater and ice dating, runs a laboratory that is the most accurate water dating facility in the world. His methods are so precise, that they are four times more accurate than the next best lab, out of a total of about 70 such laboratories worldwide.
In a nutshell, groundwater dating works like this: 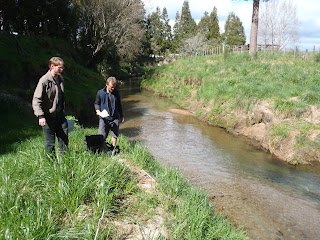 Cosmic rays from outer space interact with our atmosphere and form very small amounts of tritium, a radioactive hydrogen isotope with a half life of 12.3 years. This cosmogenic tritium eventually becomes part of the atmospheric water, with one normal hydrogen atom replaced by a tritium atom. As this water (or snow) precipitates and becomes incorporated into groundwater, it is no longer interacting with the atmospheric tritium, and its tritium concentration starts to deplete due to radioactive decay. Measurement of tritium concentrations in groundwater allows the time since it fell from the sky to be calculated, back to a maximum age of about 100 years. 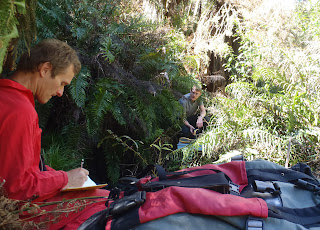 Over the last few days I have been out in the field with Uwe and Mike Toews (a groundwater modeller at GNS Science) sampling the streams and springs around Lake Rotorua.
The water quality in Lake Rotorua, and the many other smaller lakes in the area, is very important to the local community, for drinking, agriculture, recreation and tourism, including world famous trout fishing. 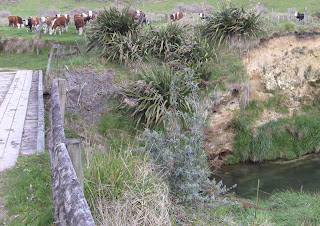 Farming, especially dairy, beef and sheep farming, is also a very important activity around the region. Farm effluent and fertilisers cause nutrients, particularly nitrates, to enter the groundwater and eventually get transported into the lake. As a result the chemical balance changes, with potential negative impacts such as the growth of toxic algal blooms and other ecological changes such as impacts on fish. 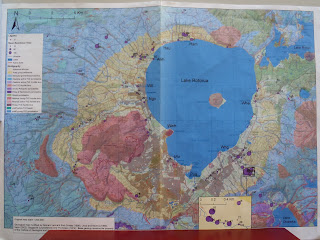 To understand the effects of land use on the water quality in the ground, in streams, rivers, and lakes, you need to not only  monitor the concentration of pollutants in the water, but also measure the age of the groundwater.
For this reason, Uwe has been studying the groundwater around Lake Rotorua for a number of years. With such large groundwater systems, it can take many years or decades for polluted water (for example nitrate from farms) to reappear back on the surface in streams and lakes. Because of this time lag, large groundwater systems can silently become 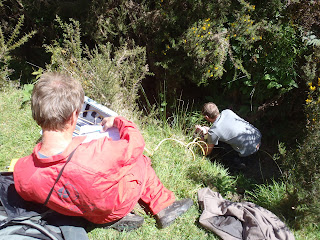 contaminated until the contaminated water reaches the spring discharge. Then it will also take the same long time to flush the contaminated water out of the groundwater system.
The data Uwe is coming up with shows a range of time spans for the input of  lake water, from very quick (months) to over a hundred years in the case of Hamurana Spring. The map shows coloured dots representing the springs and streams that were on our list for resampling.
For a news article about the findings of this research have a look here.
Here is a video, describing the research and the findings so far: