The windswept coastline between Wellington Harbour and Palliser Bay forms the southern tip of the Rimutaka Ranges. These hills themselves are an extension of the axial ranges that stretch the length of the North Island. This is the view east from Baring Head towards Turakirae Head. 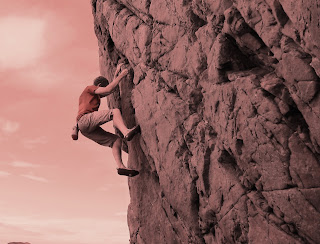 In good weather, this rugged environment is
the best place in the Wellington area for bouldering (low level rock climbing), but it is also a spectacular place to witness the effects of tectonic uplift on a coastline.

From the end of the Wainuiomata Coast Road, follow the track to Turakirae Head seal colony,  which is about 40 minute’s walk. On the way you may notice that there are gentle steps in the landscape running parallel to the shoreline.

The lines that you can see in this aerial photo are ridges of washed up rocks that have been gradually piled up during many southerly storms. The reason that there are several storm ridges is that the coast has been uplifted by successive earthquakes, thus pushing the shoreline further out  and causing the creation of a new ridge after each event.

At least 5 ridges have been identified. Carbon dating of shells and plant material in the ridges shows that the oldest one (furthest from the sea) is over 7000 years old, with others (shown in the image) dating back to 5000, 2300, 158 years and present day. These are not thought to represent all the uplift events that have affected the area over that time, but simply the ones that have been well preserved.

The most recent uplift was during the 1855 earthquake. This involved  a massive rupture along the Wairarapa Fault that passes very close to Turakirae Head. It was New Zealand’s largest historic ‘quake, with an estimated magnitude of 8.2. It caused widespread damage, such as numerous massive slips in the Rimutakas, but fortunately few fatalities. A similar magnitude earthquake in Wellington nowadays might be a different matter simply because of the denser population and more developed infrastructure.. 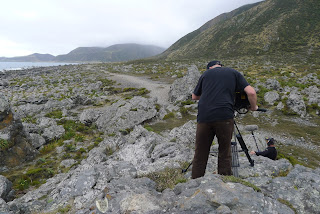 Turakirae Head featured on the Coasters programme recently, hosted by Steve Logan who met me there with his film crew from Fisheye Films on his way along to Palliser Bay. The flat path like line extending into the middle distance is the top of  the pre 1855 storm ridge. Although very rocky it makes for a reasonable 4WD or walking track. 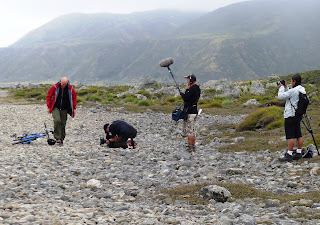 Steve came along on his pushbike and interviewed me about the geological features of Turakirae Head, as well as about its rock climbing attractions.
In case you missed the programme on TV1 on Saturday 22nd June, you can watch it online here. 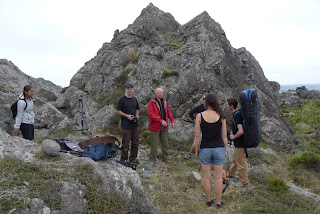 As well as Steve and the crew from Fisheye Films, we were accompanied by Sophie and Frank (right in  photo) – two local Lower Hutt climbers who were part of the support team.

Here is the GeoTrip information for you if you would like to visit Turakirae: www.geotrips.org.nz/trip.html?id=249