Slip Stream is a tributary to the Dart River in the South Island of New Zealand. There has been an active landslide here for several thousand years, periodically sending down lobes of debris to gradually build up a large fan in the Dart Valley.

There was vegetation established right across the fan, but over the last few years the widespread cover of trees has been largely buried and killed off by a very active phase of erosion and deposition. Debris volumes of the order of 100 000 cubic metres have been coming down during heavy rains in the spring and summer periods.

The debris gets mobilised into a wet mix of mud and boulders.  The latest large event occurred early in this month (4th January 2014), and the flows continued to build up over several days.

The debris flows crossed right over the valley, blocking the Dart River with a low angled, shallow pile of soft sediment.

A lake formed in the valley above the slip, becoming about 4 kilometres long. The river is cutting down into the debris, and it is expected that the depth of the lake will fluctuate during landslide activity. The Department of Conservation is diverting the affected part of the Dart Valley track so that trampers can continue to visit the area.

This image gives a good overview of the affected area.  It shows the fan with the darker coloured triangle of recent debris, as well as the length of the lake.

This is a graph from the Otago Regional Council website showing 7 days’ rainfall recorded from the 9th to 16th January at the Hillocks, about 24 kilometres down the Dart Valley from Slip Stream.

The second graph shows how the river flow responded to the rain, with a sharp peak and a gradual tailing off after the rain stopped falling. The tail is not entirely smooth with a dip when the flow gets below 100 cubic metres per second. This suggests that when the river level drops, the continuing input of debris at the slip impedes the flow for a while, until the blockage is overcome and the flow rate increases again. 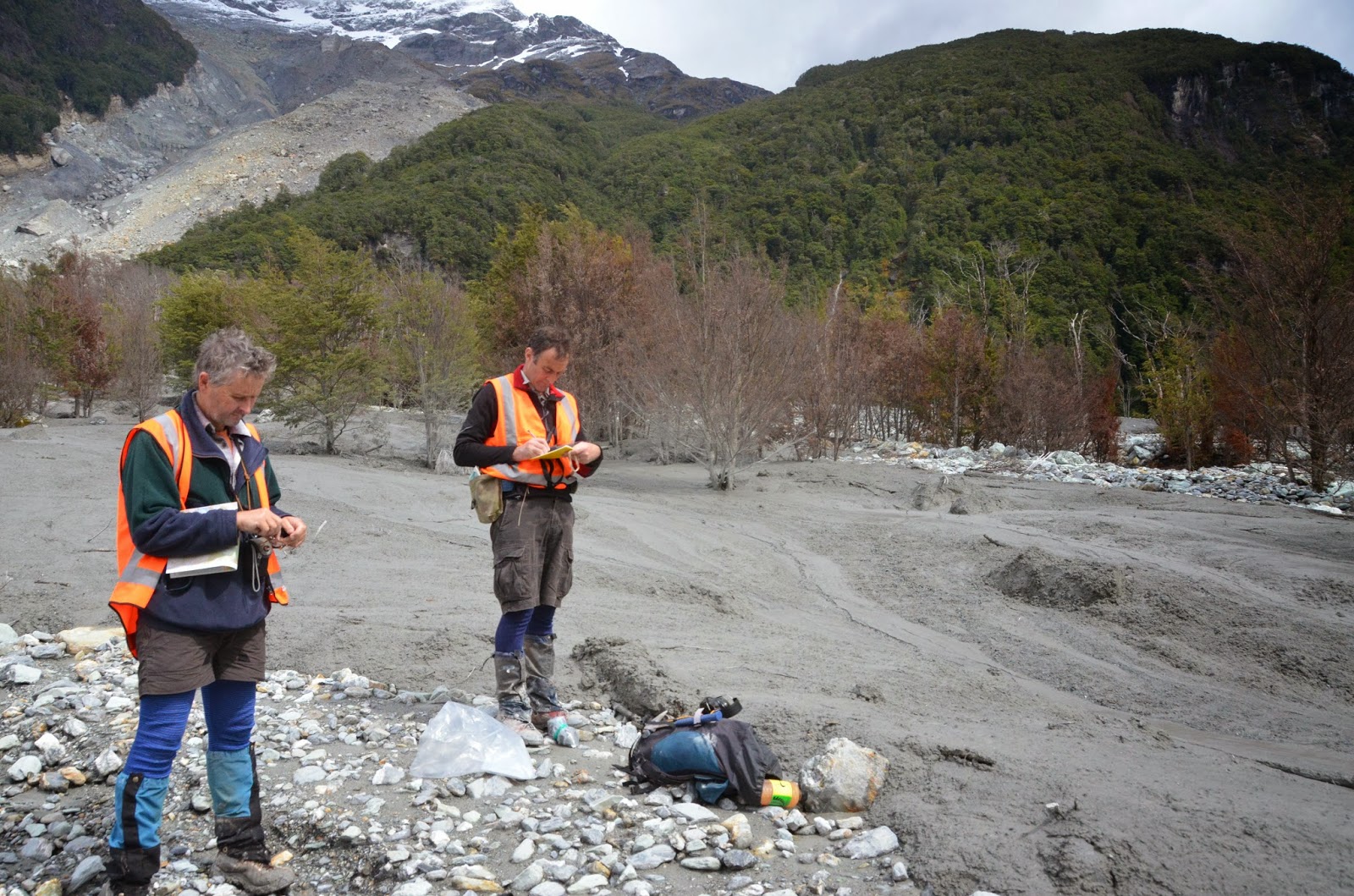 Mark Rattenbury (left), Simon Cox (right) and Mauri McSaveney (behind the camera) visited the area to assess the impact and any possible downstream hazard. Note that a special DOC permit is required to visit Slip Stream as it is in the sacred Te Koroka topuni area of Mount Aspiring National Park.  The slip is in a state of continual instability and the area is hazardous.

In this video Simon explains some of the interesting features of the slip, including some very strange bubbles that release dry dust when they burst:

0 thoughts on “The Dart Landslide”