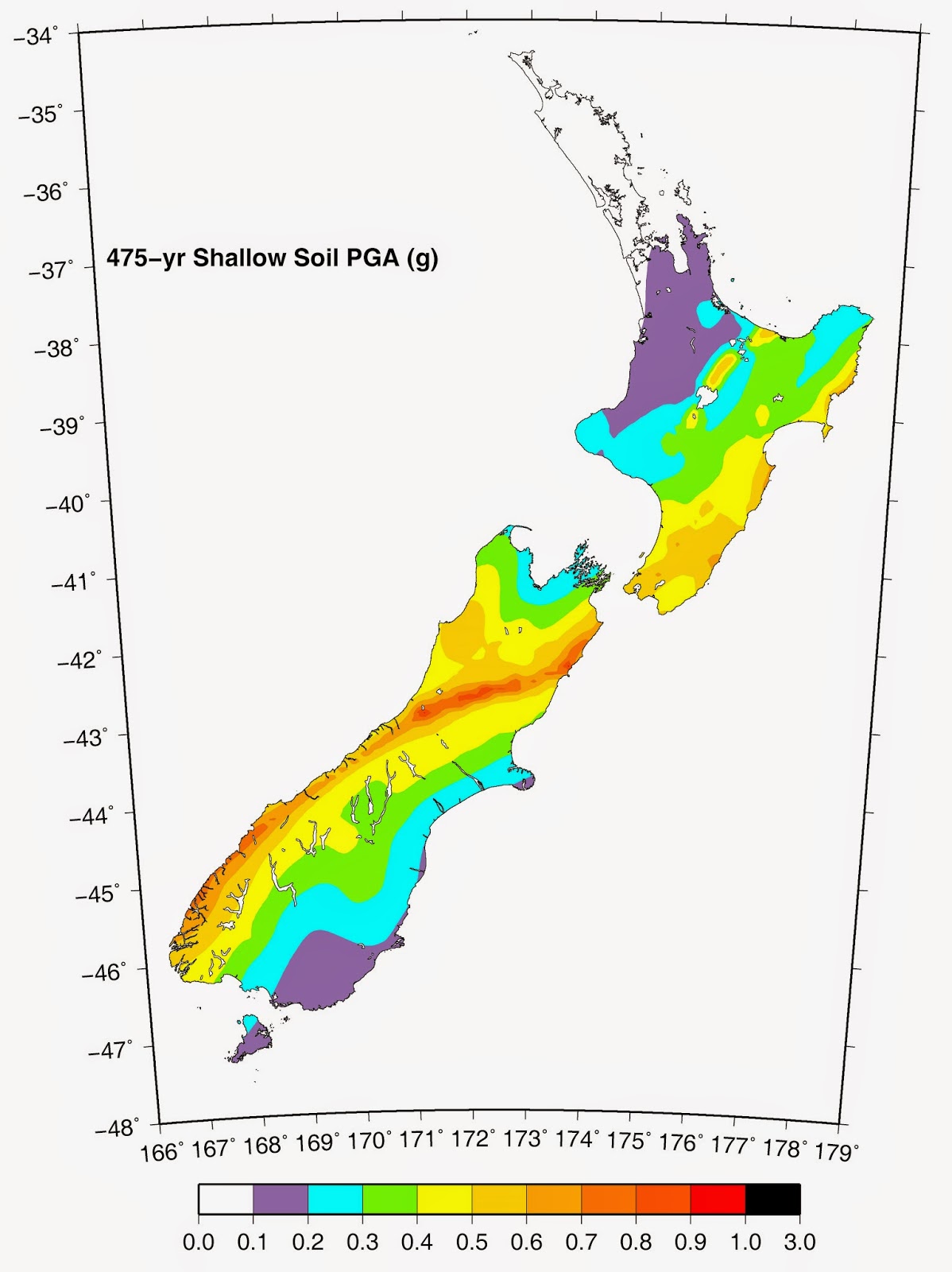 The National Seismic Hazard Model is the result of lots of work by scientists to indicate the likelihood of earthquakes happening in different parts of New Zealand.

It is made with reference to the historic record of earthquakes that have happened across the country, combined with research into the rupture histories of many individual active faults.

Work is done to continuously ‘ground truth’ and improve the Hazard Model through ongoing research and addition of data. 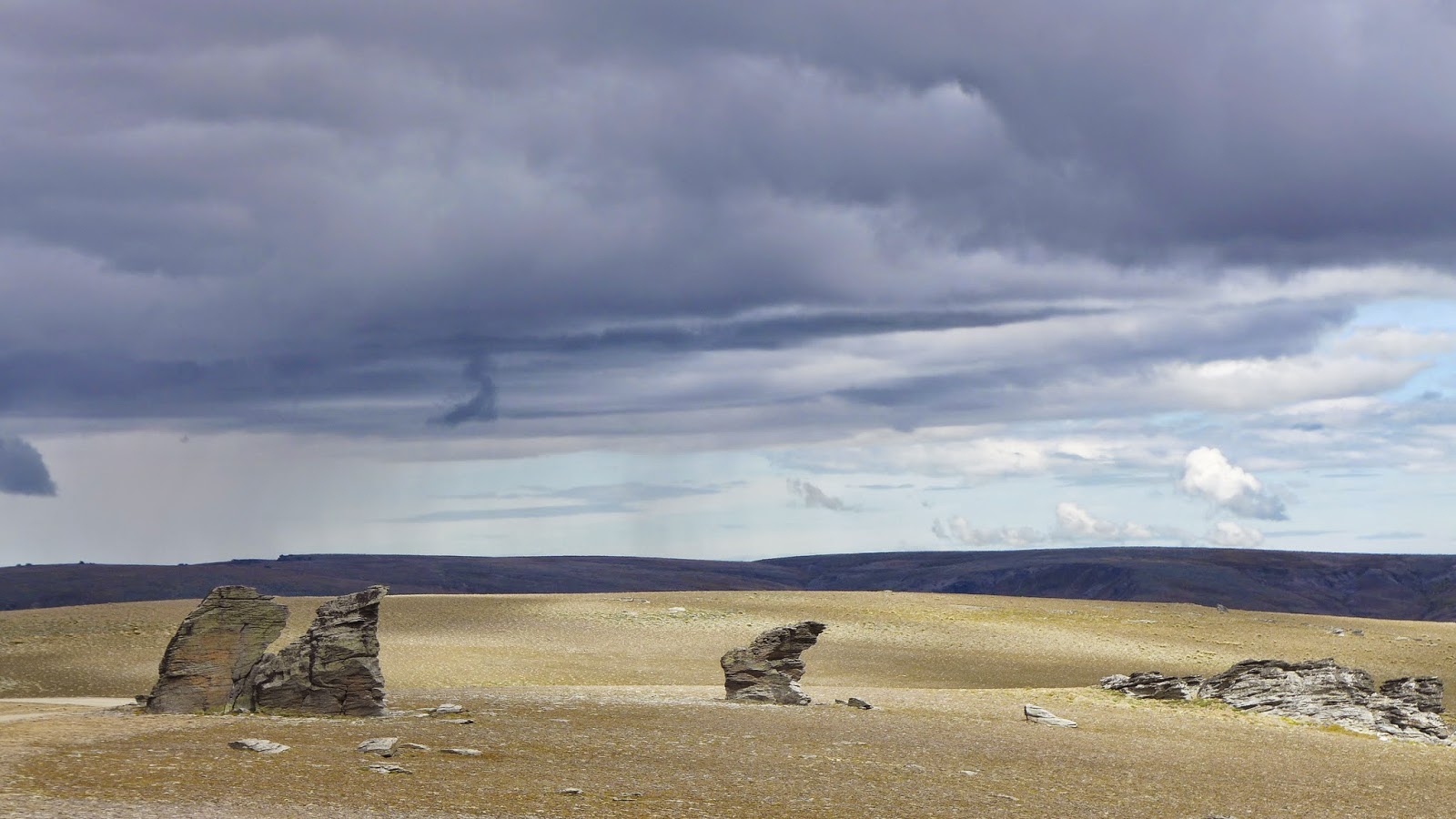 Mark Stirling has developed a way of testing the model at particular locations using ancient landforms known as tors that occur in places around the country. 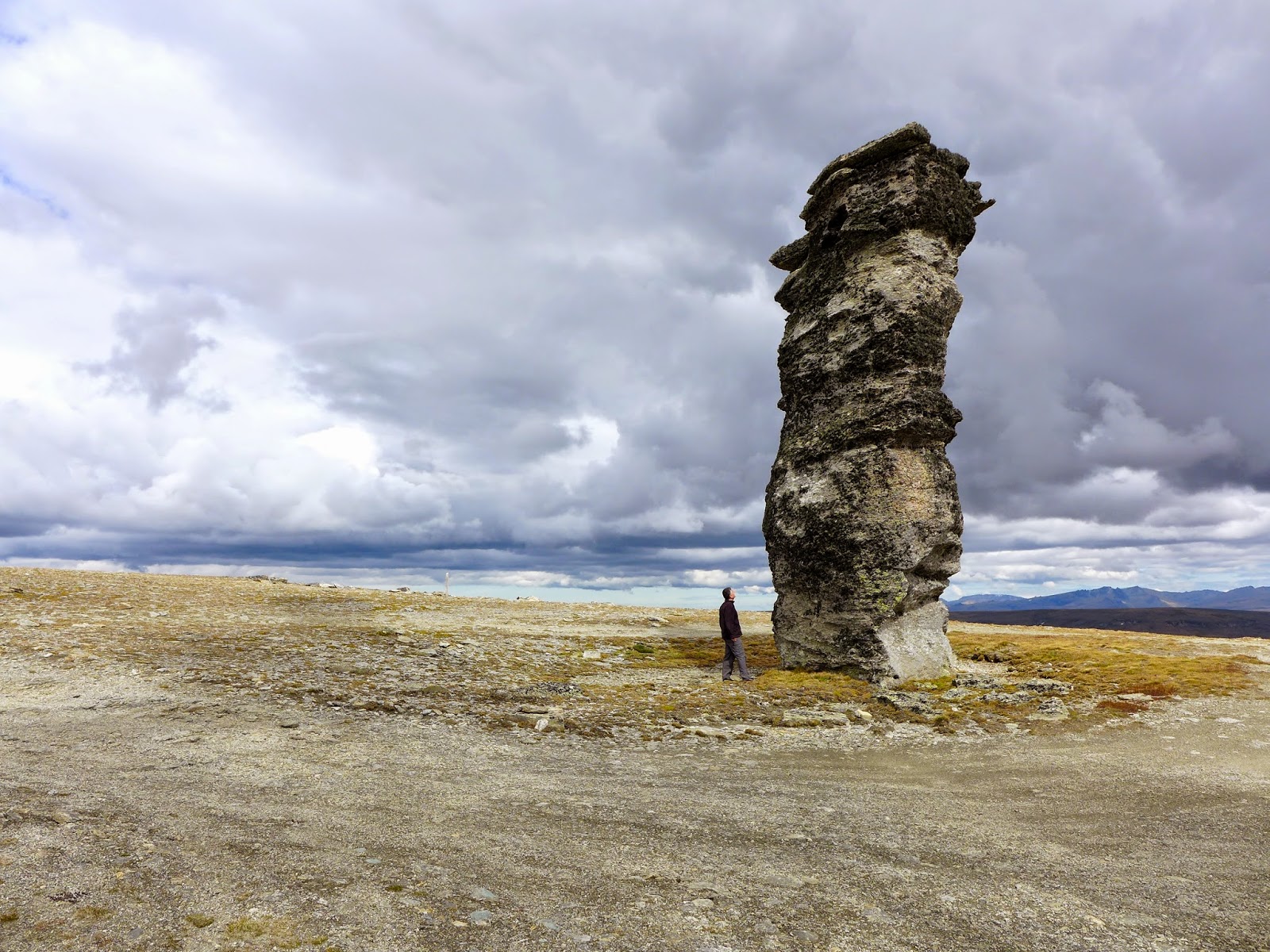 These isolated boulders stand like statues. There are many of them near Clyde in Otago, occurring on the flat, uplifted surfaces of nearby ranges, such as the Old Man Range, shown here. You can see that some of these features are quite imposing and have a lot of character. 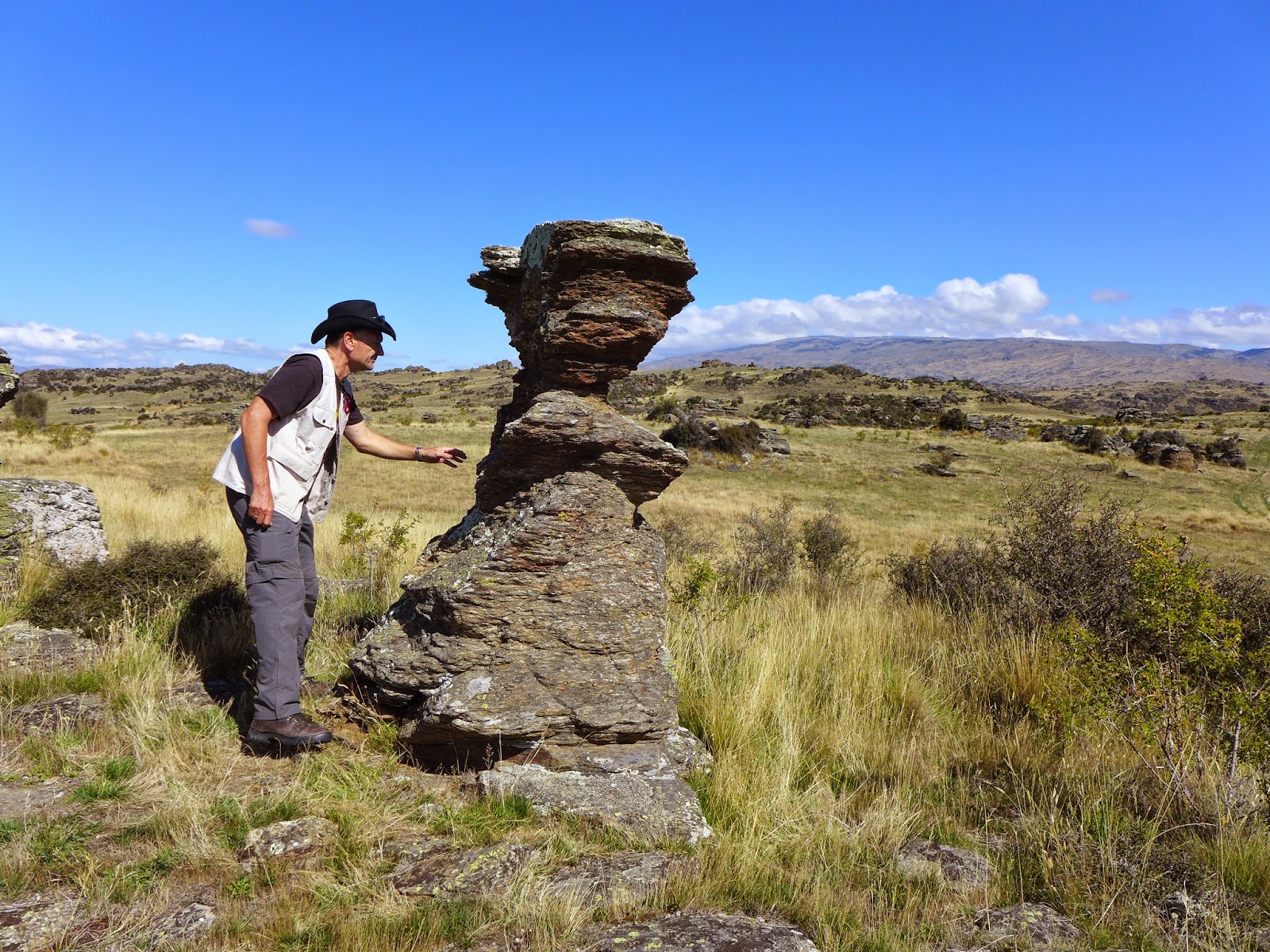 Although some of them are solid looking, there are others that are very delicate.These are the ones that Mark is interested in. The basic idea is to use the beryllium 10 exposure dating method to find out how old these fragile features are, and then to work out the amount of earthquake shaking it would take to knock them down. This tells Mark the minimum amount of time that has lapsed since the occurrence of an earthquake capable of knocking down the feature. This information is then matched with the National Seismic Hazard Model to see if the calculations give similar hazard estimates. 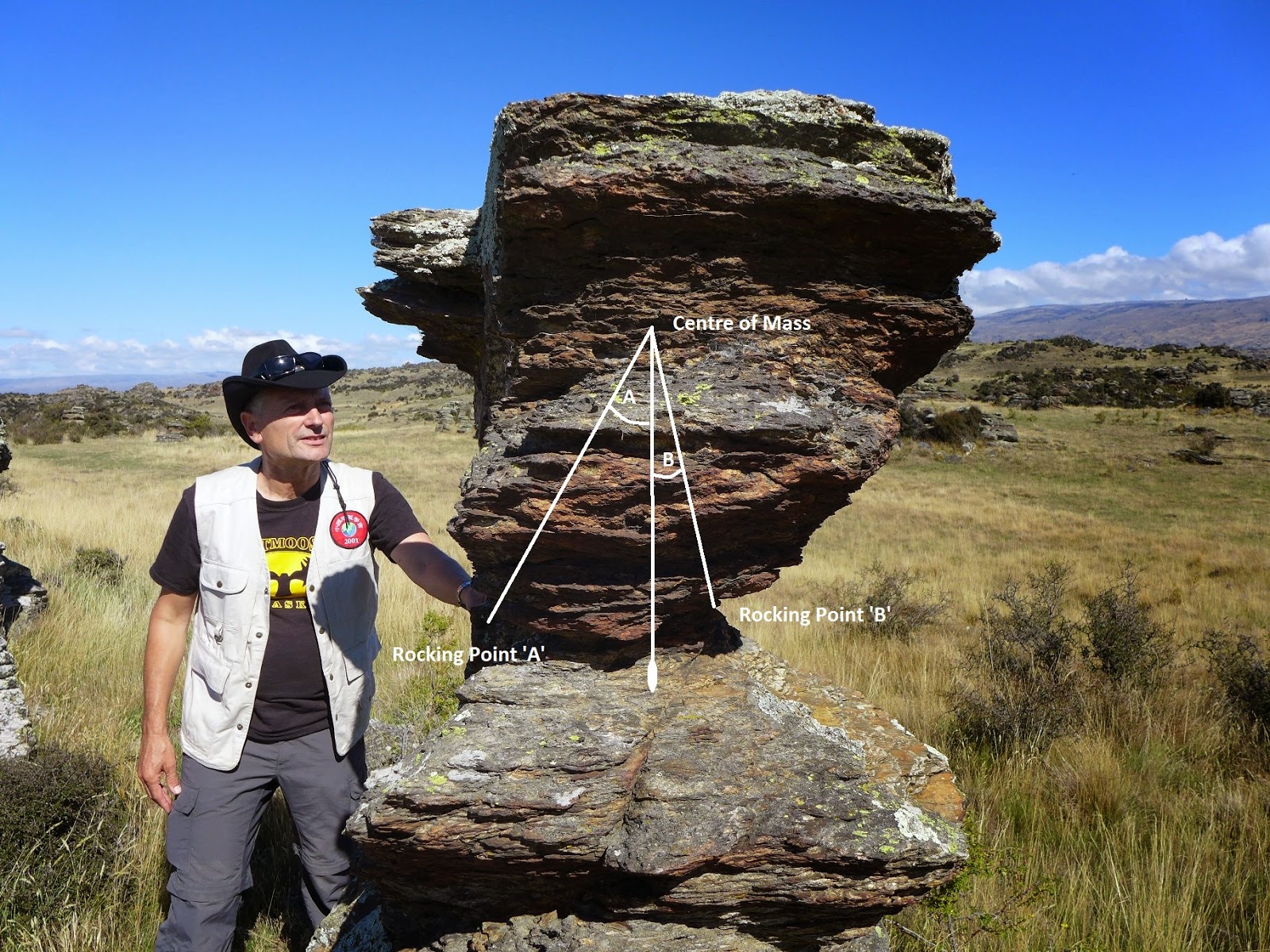 Making a numerical calculation of the fragility of the precarious feature is a matter of working out the angles between the centre of mass and the rocking points at the neck (narrowest point) of the tor. 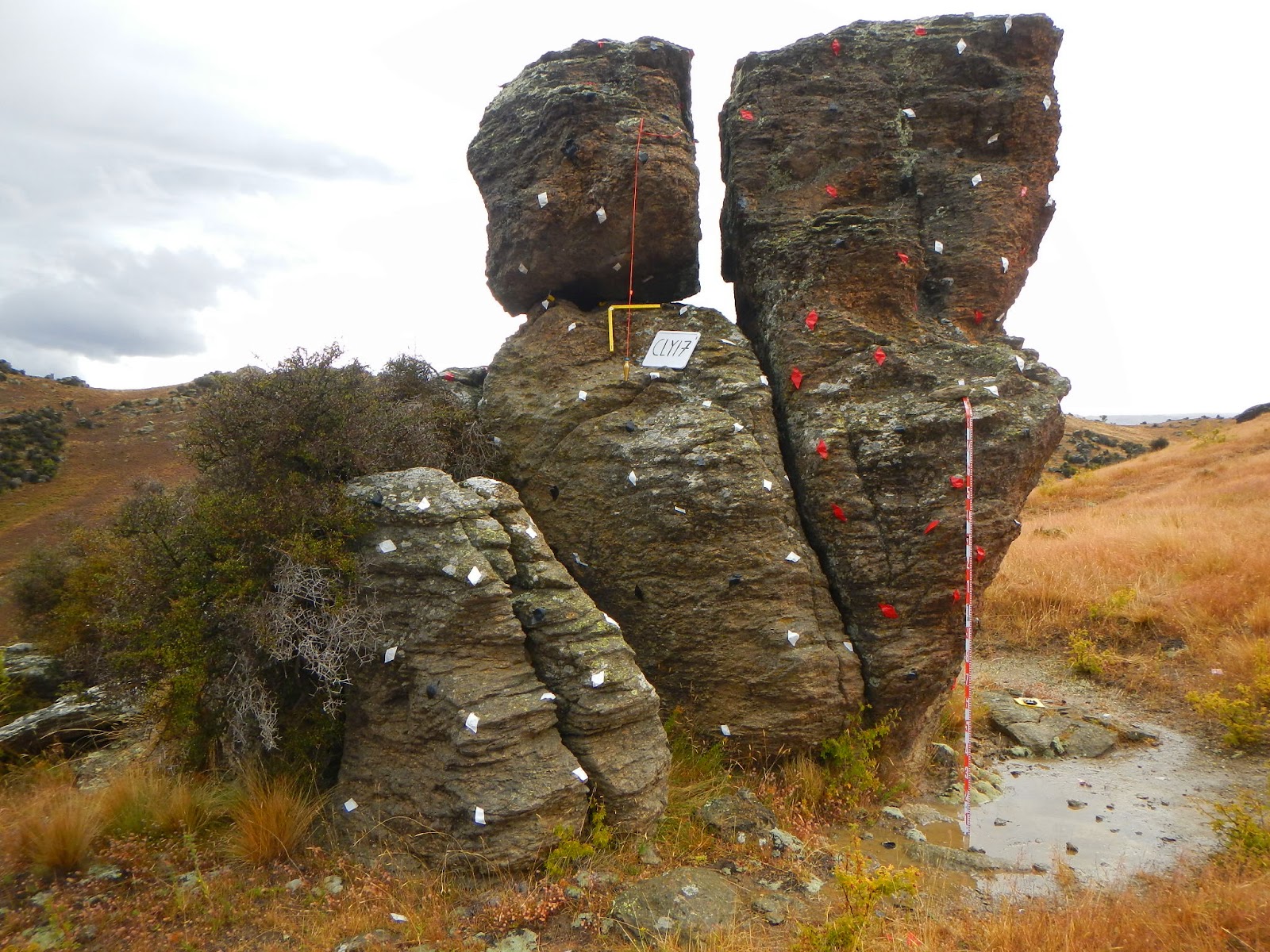 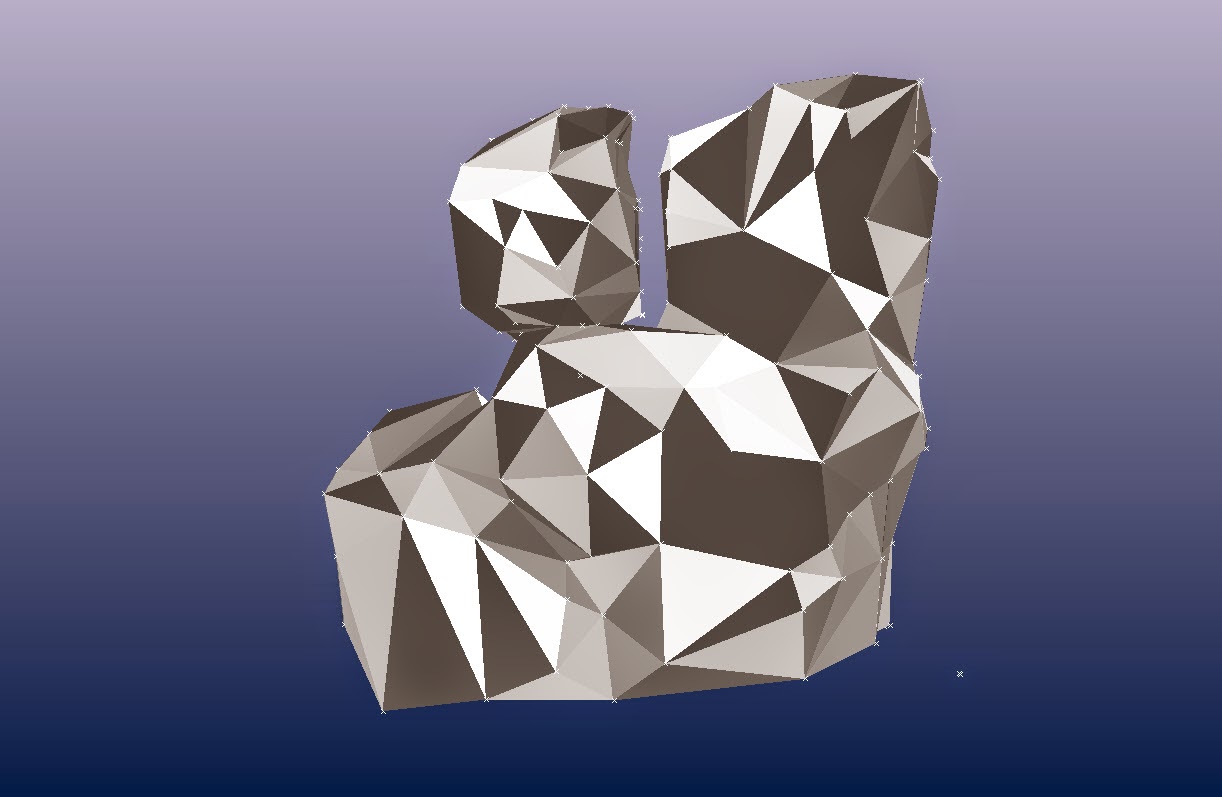 For making these calculations with maximum precision, Mark makes a 3D computer model of the tor, by first taping key points on its surface, and then taking many photos from all angles, which are later stitched together.

This is what the model of the above tor looks like on the computer screen once completed . 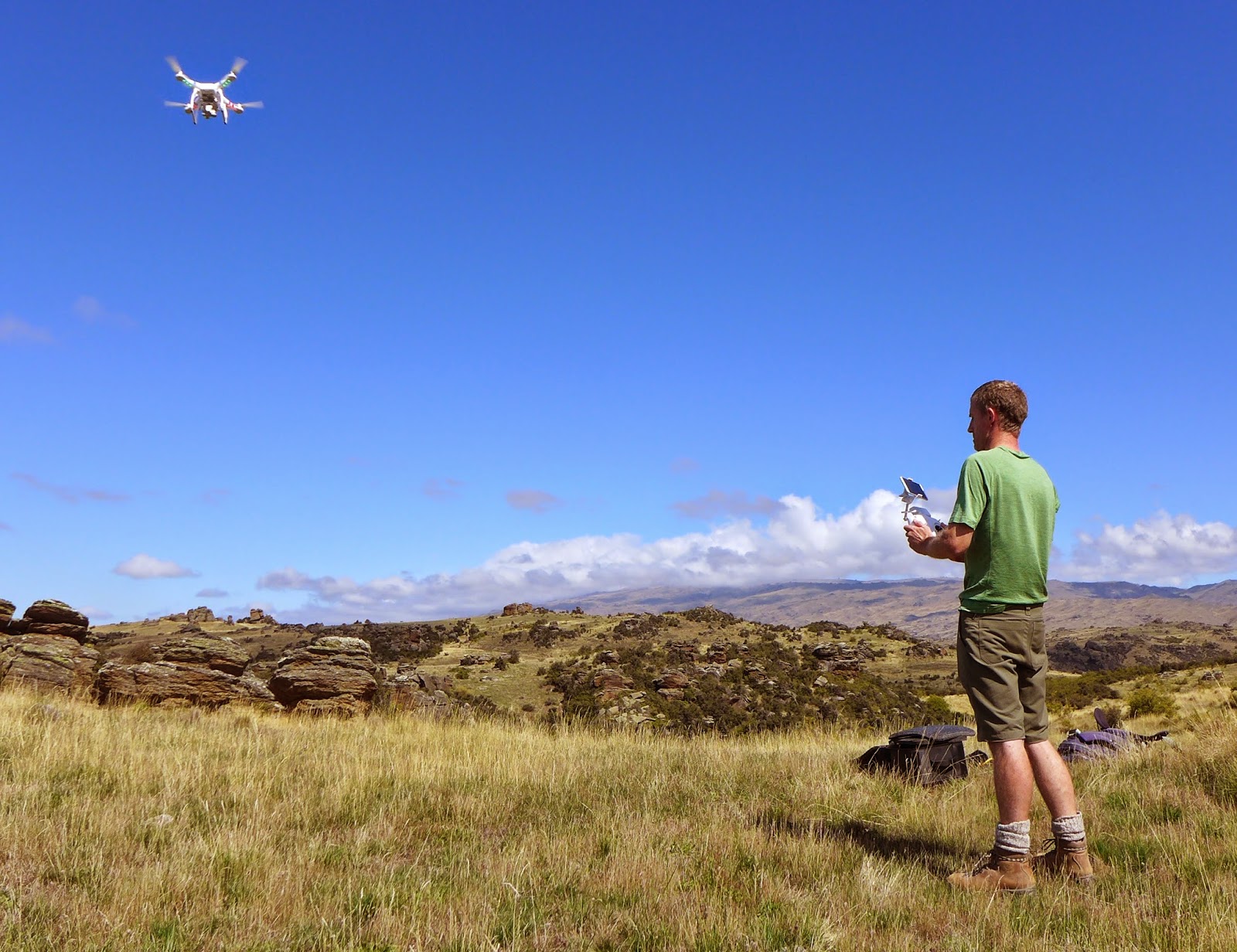 During fieldwork with Mark last month, we were able to use a quadcopter drone to get good images of some of the more inaccessible fragile landforms.

Here is our video of the project:

0 thoughts on “Precarious Boulders and Earthquakes”